After 15 years of marriage, Patrick Dempsey and Jillian Fink are headed divorce.

It was Fink who filed the petition for divorce and it will end up costing the actor a bundle. Patrick’s net worth is said to be $40 million. There is reportedly NO prenup agreement in place. 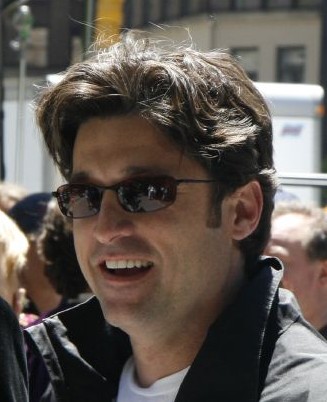 Fink cited irreconcilable difference and is being repped by disso queen Laura Wasser. She is asking for joint custody of their 3 kids, a 12-year-old girl and 7-year-old twin boys. She also wants spousal and child support. The couple has been married for 15 years. “it remains to be seen whether it will be amicable.” Sources tell us she’s had a problem with his ego for a while now, which she thinks is out of control. As one source said, “She’s all about the kids.” h/t tmz

The couple issued a joint statement:

“It is with careful consideration and mutual respect that we have decided to end our marriage.  Our primary concern remains the well-being of our children, and we ask with profound gratitude that you respect our family’s privacy at this very sensitive time.”