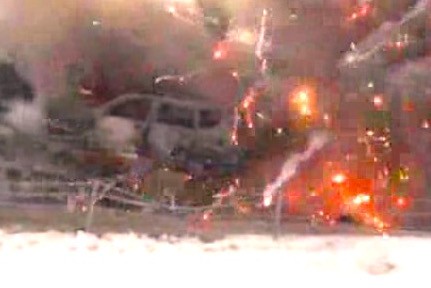 A truck carrying fireworks exploding as part of a 150-car pileup on I-94. 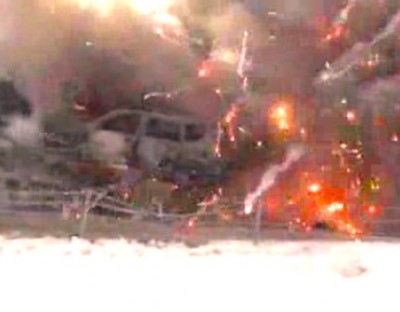 Another truck hauling hazardous material was involved in the pileup, though by Friday afternoon officials believed the situation was under control. h/t jrn

Residents who lived near the interstate were asked to remain in their homes. So far, one fatality has been reported.