Who Is Molly Shattuck? And Why Is This Cheerleader In So Much Trouble?

Molly Shattuck is a former Baltimore Ravens cheerleader and the estranged wife of former Constellation Energy CEO Mayo Shattuck, who has been accused of inappropriate relationship with a 15-year-old boy.

It is reported that Shattuck, 47, “spotted” the teen on Instagram. 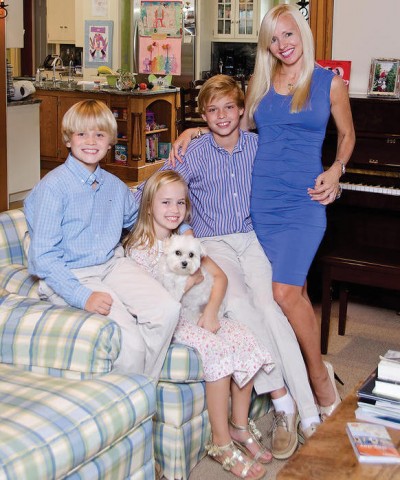 The investigation of Shattuck centers on a relationship she developed starting in May with the boy.

Shattuck and the boy started communicating before meeting in person, according to the documents. Their first alleged physical contact—kissing and touching—happened when Shattuck met the boy in Columbia, then drove to a middle school parking lot in Mount Airy and got in the back seat of Shattuck’s car.

The documents say Shattuck would pick the boy up from summer school and go park in an Owings Mills parking garage almost a half-dozen times in July.
The most disturbing incident listed in the affidavits happened over Labor Day weekend in Delaware, where Shattuck was watching her kids and her kids’ friends at a rented beach house. h/t gawker

Shattuck was best-known as the oldest woman to become an NFL cheerleader at 38 years old.