Damien Wade Conley was sentenced Tuesday to 37 months in federal prison for pointing a powerful green laser at an aircraft.

Pointing a laser at an aircraft is a federal offense. 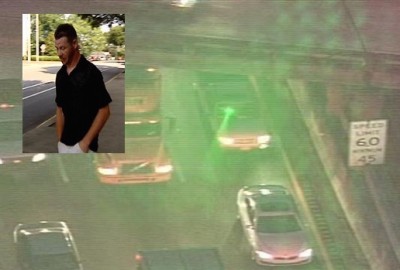 U.S. Attorney Bill Nettles said evidence presented at a change of plea hearing showed that Conley “recklessly aimed the beam of a laser pointer” at two news helicopters as they were flying to cover an accident on Interstate 85 near Woodruff Road on Nov. 20, 2013. The beam from the laser pointer hit both helicopters and filled the cockpits. h/t wyff4

Conley, 33, repeatedly pointed the laser at a local news helicopter refracting off the windshield, causing a blinding bright green flare that filled the front view out of the chopper.