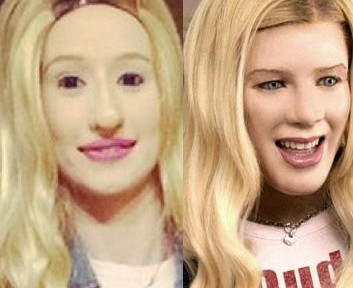 Iggy Azalea, by far, received the most prop points for her Halloween costume that covered the Wayans bros’ White Chicks character.

Azalea, 24, absolutely nailed the get-up made famous in the Wayans’ 2004 comedy of the same name in which the boys played a FBI agents who go undercover as a female hotel heiresses. 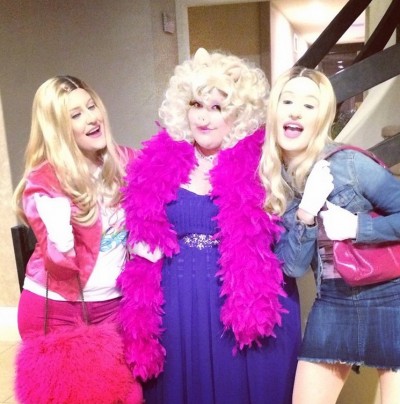 Azalea’s win comes on the heels of a social media feud with rapper Snoop Dogg, after he posted a photo of Marlon in drag comparing him to the Fancy singer. 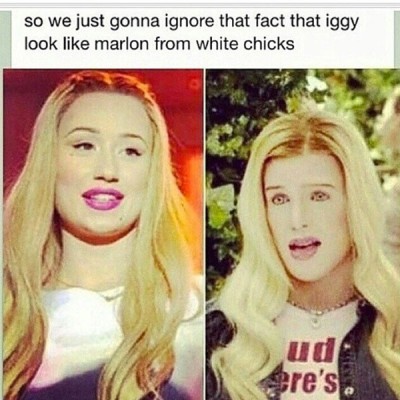 Way to turn it around girl.