The Santa Ana Police Department is reporting that multiple arrests of suspects have been made over the Halloween hit-and-run collision that killed three thirteen year old girls, two of the girls twin sisters.

The arrests were made at 11:30 a.m. Sunday. There were no further details immediately released regarding the incident. 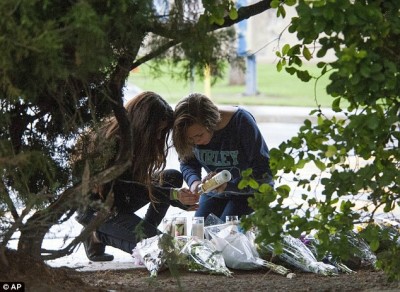 Friday night after the collision that ended the lives of twin sisters Lexia and Lexandra Perez and their friend Andrea Gonzalez, one witness led officers to a parking lot not far from the Fairhaven Avenue crosswalk where the fatal occurrence took place. There police found the abandoned vehicle from which the witness said that the two suspects fled. h/t breitbart

A press conference will be held at the SAPD in the Community Room Monday at 11:00 a.m.