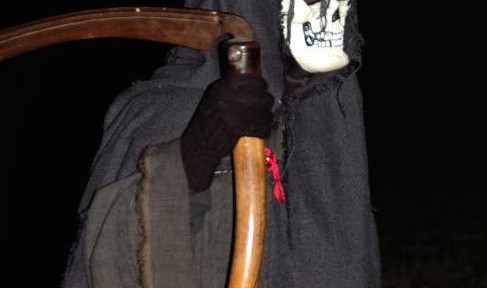 A San Diego woman has been attacked and stabbed in her own home by an assailant dressed up as the Grim Reaper – on Halloween.

Sheriff office says the woman was treated for injuries to her upper body and back as well as a scratch to her scalp. 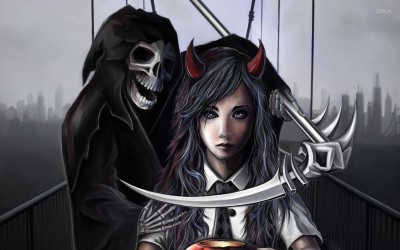 U-T San Diego says a woman in Vista told sheriff’s deputies that she was blow-drying her hair in the bathroom of her town house shortly before 2 a.m. Friday when someone dressed like the Reaper stabbed her several times and fled. h/t kron

It’s unclear how the intruder got into the home. Deputies used dogs to search the area but couldn’t find the attacker.