About a dozen Fort Worth Tx., students were stung by Africanized bees Tuesday morning while attending an Eagle Mountain-Saginaw ISD middle school.

EMS MedStar officials said at least 20 students were stung at Highland Middle School in the district. 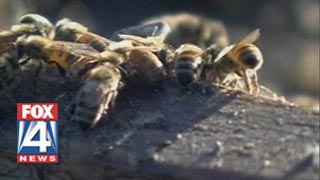 Three of the students were taken to Cook Children’s Medical Center, with one in condition “yellow” and two in condition “green” according to MedStar. At least three ambulances responded to the scene. Other students involved were being treated and assessed at the scene. h/t myfoxdfw

Further comment from district officials are being sought about how the bee attacks happened.