A well-known newspaper publisher, his wife and their teen daughter are dead and the son is in custody.

Alan Hruby, the son of John and Tinker Hruby, is the only suspect after the couple was found dead inside their Duncan home, along with their teenage daughter. 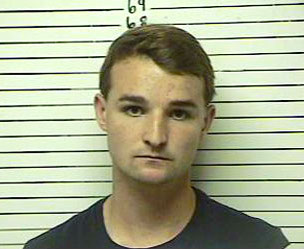 “All three of them are lying down on the floor in the kitchen,” the Hruby family’s housekeeper told a 911 dispatcher Monday morning. “I think they’re dead. They’re ice cold.” h/t news9

John Hruby, his wife Tinker and their 17-year-old daughter Katherine were all dead inside their Duncan home and within hours police had the couple’s 19-year-old son, Alan Hruby, in custody for a charge unrelated to his family’s death.

Last year, John Hruby turned his son in for using his grandmother’s credit card and charging nearly $5,000 during a trip to Europe. Alan Hruby is on probation and a freshman at OU, but he’s now behind bars in Stephens County.