Girl, 4, Brings 249 Packets Of Heroin To Daycare Passes Them Out To Kids

Delaware mother, Ashley Tull, is under arrested after her 4-year-old daughter showed up to daycare with 249 bags of heroin and distributed them to other children.

State Troopers and EMS were summoned to the Hickory Tree Child Care Center after Staff told police they spotted some children with small bags of an unknown powdery substance. 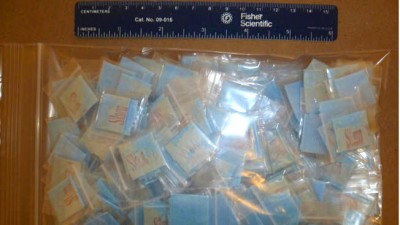 >According to investigators, a 4-year-old girl unknowingly brought the bags of heroin to the daycare inside a backpack that her mother, identified as 30-year-old Tull, gave her. Police said Tull gave her daughter the bag after her other backpack was ruined by a family pet. The girl passed the packets of heroin to her classmates, believing they were candy, according to investigators. Police said 249 bags of heroin weighing 3.735 grams were found inside the backpack.

Several children who came in contact with the unopened bags were taken to local hospitals as a precaution. They were later released.