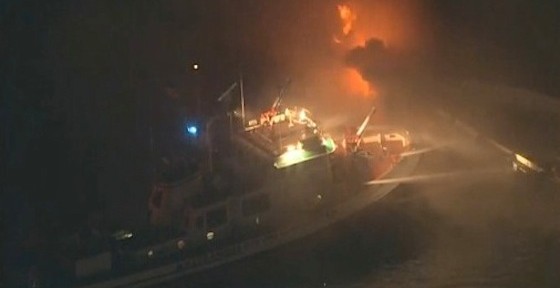 Firefighters are fighting to extinguish a huge blaze that started on a boat and spread to the dock on Mormon Island in Wilmington, California.

The fire is now seriously threatening a nearby businesses in the San Pedro bay, including several warehouses and ships. 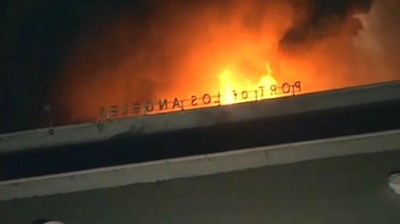 Birth 177-179 in what the fire department is calling a major emergency four alarm fire. 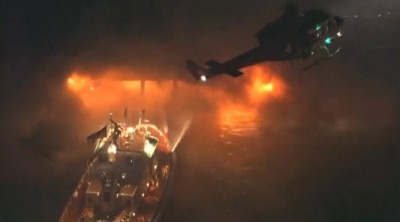 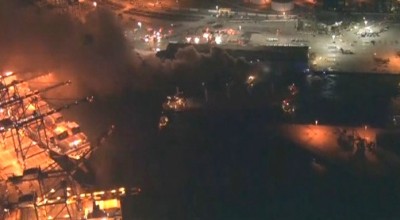