Tarlov, 59, was struck by a cyclist in Central Park. She was rushed to New York-Presbyterian Hospital/Weill Cornell Medical Center, where she was declared brain dead. 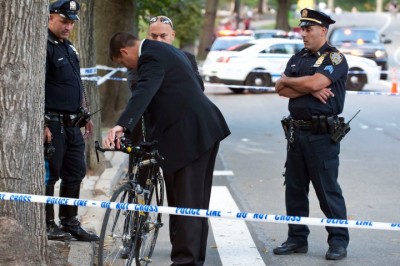 TRENDING: IF Iggy Azalea And Jennifer Lopez Made A Video.. OH WAIT! They DID!
CLICK PHOTOS TO SEE MORE
POST NOWTWEET NOW

An NYPD spokesperson confirmed that a woman was critically injured after being struck by a bicycle in Central Park, but could not release her name. Eyewitness accounts relayed by the The Post suggested the cyclist, Jason Marshall, was traveling at high speeds and attempted to warn Tarlov before the collision. source

CBS and New York-Presbyterian Hospital/Weill Cornell Medical Center did not immediately respond to requests for comment.