The tactic must be working as a banner being waved by one thug read, “ISIS Here.” 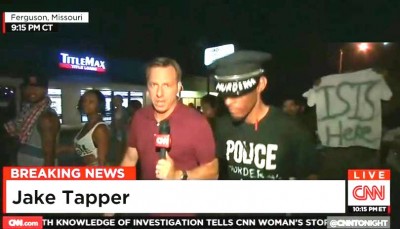 The daunting flag even made its debut live on CNN.

ISIS is all over the Ferguson protests on Twitter, encouraging jihadists to head on over and do some recruiting. And it seems like the message has gotten through, as a t-shirt spray painted with “ISIS Here” was flashed on CNN Monday.