Amy Purdy came in second competing on The Dancing With the Stars and before that was a Paralympic Snowboarder.

Now Purdy has landed a job on The Price is Right as a model. 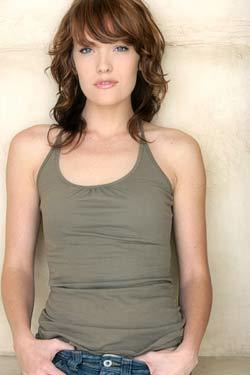 Purdy lost her legs after contracting a form of bacterial meningitis.

The Price is Right isn’t Purdy’s first modeling gig. The actress/snowboarder also appeared in a Madonna music video in the early 2000s.

When Purdy appears on The Price is Right it will be a DWTS reunion: Host Drew Carey also competed on season 18 of Dancing With the Stars. He was paired with professional dancer Cheryl Burke and was the fifth person off the show after three eliminations and one withdrawal. source

Amy Purdy, come on down!