College Professor FIRED After BEARD Shows Up On Beer Can

Paul Roof is the Charleston Southern University associate professor who lost his job after a picture of his four-pronged beard surfaced on a beer can label. 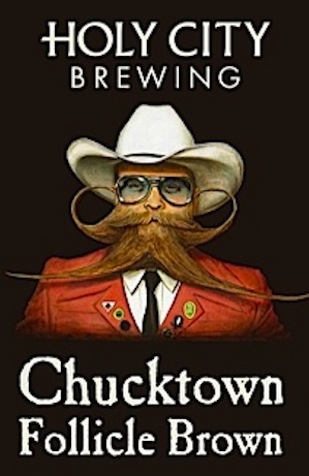 What do you think? Should this guys have got the boot over his bonkers beard? Comment below!

The professor was competing in the “freestyle” category of a beard contest in New Orleans when the photo above was taken, and in 2013, Holy City Brewing began using the image on the label of its aptly named Chucktown Follicle Brown beer.

When Charleston Southern, a Christian liberal arts school, got wind of the label, Roof says, he was promptly canned. The University allegedly argued that the beer placement was “not representative of a Christian environment.” source

Roof claims he was not aware his likeness would be used until the beers were already in production.

“My image and likeness, which I do not own, that I’ve never received compensation for and it was a surprise for me that it was put on a beer can by Holy City Brewing.”