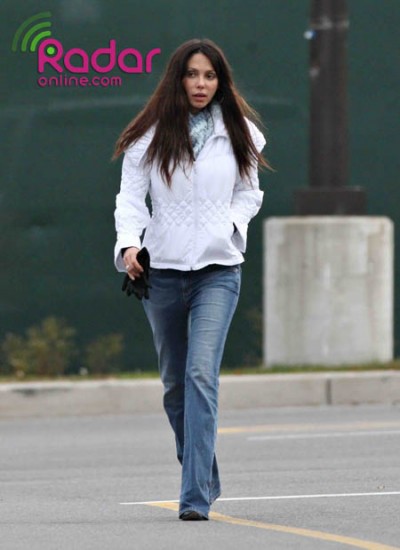 IMAGE ID _ 1641633 Exclusive… Fame Pictures first broke the exclusive story of Mel Gibson and his mysterious Russian companion and rumored mistress_ Oksana_ in August_ and when the story went public_ she quickly disappeared from the Boston set of Edge of Darkness. However_ Fame photographers were shocked to see the return of the beautiful young Russian to the set on November 3rd_ _reigniting rumors questioning the type of relationship shared between the two and casting doubt on Gibsons dedication to his pious religious beliefs and to his 28_year marriage to wife_ Robyn. While Gibsons spokesperson tried to quash the original rumors of Mels mistress by saying she was one of the artists on Mels recording label in the US recording_ Oksanas reappearance by Mels side confirms suspicions that she is more to Mel than just a colleague. On Monday_ November 3rd_ a weary Mel Gibson walked across the set of Darkness_ casually smoking a cigarette. Minutes later_ an angelic but cautious Oksana walked the same path. Sources confirm that Oksana has no role in the film or job on the set_ so her presence on set and her consistent proximity to Gibson is undeniably puzzling. Gibson is back in front of the camera for the first time since his widely publicized anti_Semitic comments made during a drunk driving arrest and his behavior is certainly under scrutiny during the filming. Oksanas mysterious appearance brings further scrutiny to Gibsons character_ infidelity_ and lascivious nature. These images were shot between 10_30_08_11_03_08.