Sherri Shepherd and her hubby are calling it quit after almost three years of married bliss.. 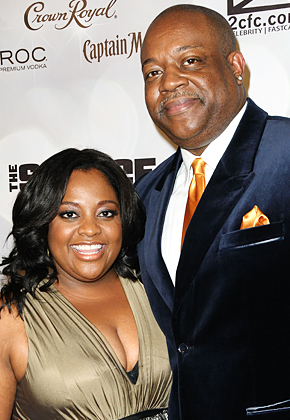 Sherri’s better half, Lamar Sally is reported to already be mounting a legal battle over the unborn child.

Sally, who married The View co-host in Chicago in August 2011, filed for legal separation on May 2, according to L.A. Superior Court documents. source

The papers reveal that they are expecting a boy on July 28, who will be named Lamar Sally Jr. – and that Sally wants full legal and physical custody of the baby. Shepherd, 47, told the Tom Joyner Morning Show last June that she and Sally had found a surrogate so that they could have a baby.

TMZ says Lamar filed legal docs to end the marriage. The docs are for legal separation, but we’re told the only reason the divorce box wasn’t checked is because Lamar has only lived in California for 3 months and there’s a 6 month residency requirement. He will change it to divorce in 3 months.

Lamar has asked for spousal support and for Shepherd to pay his attorney fees. Sally has also asked that the couple’s prenup be invalidated based on fraud.