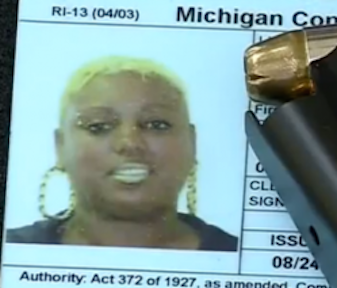 A pair of Detroit men aiming to mug someone weak, picked the wrong someone.. Paris Ainsworth, a 51-year-old grandma says the two men approached her and demanded money, but what she pulled from her pocket was anything but cash.. It was a .45 caliber handgun which she used as an equalizer.. Did we mention that she was shot 3 times before she retaliated? Somehow she managed to fire back, striking the crooks severals times.. 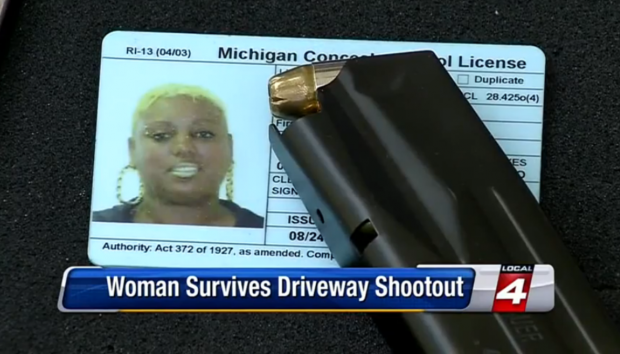 Ainsworth had just arrived home after working a grueling double shift on Saturday night when she noticed two men moving closer to her as she was preparing to exit her car. Sensing possible danger, she pulled out her .45 caliber handgun and put it in her pocket. She got her concealed carry permit about two years ago.

As it turned out, Ainsworth’s gut feeling about the men was correct.

One of the men reportedly told her, “Don’t pull it,” and then started shooting. Ainsworth was reportedly shot three times in the side and once in the hand. The woman then pulled her .45 and started blasting away at the violent thugs.

“I said, ‘You mother (expletive),’ and pulled out (my gun) and started shooting,” she told WDIV-TV. source

Both of her attackers were later arrested after they checked in at Sinai-Grace Hospital to receive treatment for gunshot wounds. One of the men was reportedly shot in both of his legs.

Ainsworth, who was also attacked by an armed mugger roughly a decade ago, knows the too well the importance of being able to defend yourself. The grandmother of four owns two handguns and trains with them on a regular basis.

“If I wouldn’t have had my gun, I would be dead today,” she said, adding that the man who shot her “just had the devil in him.”