Doc Rivers: Clippers Will Lose On Purpose In Protest

Did LA Clippers coach Doc Rivers just insinuate what we think he insinuated?  Coach told TMZ that his players will not be wearing symbolic armbands to protest Donald Sterling‘s racist comments, instead, they will lose the game on purpose. Or did he mean they will win in protest? But wait, that would not make much sense, because when the Clippers win, Sterling wins.. So? 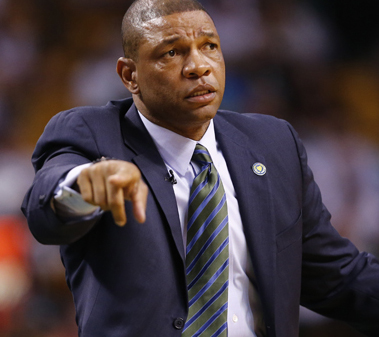 A TMZ reporter asked Rivers if there would be visible signs of player dissatisfaction with the Clippers owner at today’s game.

TRENDING: For What It's Worth: Donald Sterling Is A Democrat
CLICK PHOTOS TO SEE MORE
POST NOWTWEET NOW

Rivers replied, “Naw, our protest will be our game,” a.k.a., they plan on throwing the game.. source