Academy Awards red carpet host Ryan Seacrest spotted in a cream-on-white Burberry dinner jacket, which apparently makes him Colonel Sanders or even your waiter for the evening.. 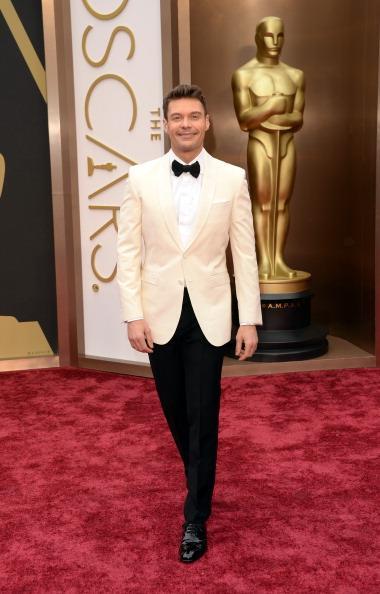 Check out these reviews.

Ryan Seacrest wore white so it wouldn't show if someone throws flour on him again.

Extremely bold move for Ryan Seacrest to wear white. His shoulders will be all different colors before coverage is over. #Oscars2014