Richie Incognito has admitted in-facto, it was he who smashed HIS OWN $300K Ferrari in an effort to “vent,” apparently over his parents pending divorce. 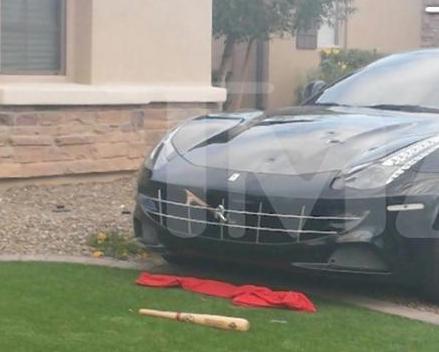 Richie then checked himself into a psychiatric care unit of an Arizona hospital seeking mental help.

Sources connected to the situation told TMZ Sports, Incognito believed all of the drama surrounding his life was taking an emotional toll on him and he decided to check into the center for some counseling.

Sources say, the stress has been caused by his parent’s divorce and not that other thing.