Stuck between the Super Bowl and the Winter Olympics, tonight Jay Leno will perform his last “Tonight Show” with his last guest, Billy Crystal, who was also his first. 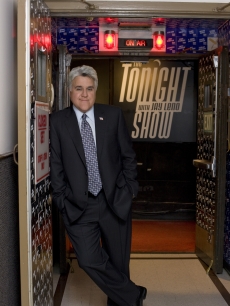 Thursday’s final “Tonight” will be aired devoid of any celebration, a move the network carefully crafted after a failed attempt to oust the host back in 2009.. Insuring that Leno will be killed off with more of a whimper than a bang.