THR: ABC’s latest Bachelor says he doesn’t think that there should be a gay or bisexual person on the broadcast reality television show and described gays as “more pervert in a sense” in a new interview. 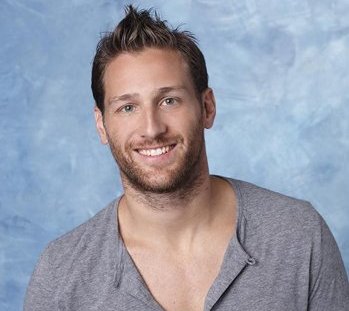 Juan Pablo Galavis, the 32-year-old star of The Bachelor who also appeared on the most recent season of The Bachelorette, made the remarks in an interview with The TV Page’s Sean Daly,who posted audio of the comments.

The writer asked whether ABC should have a gay or bisexual bachelor on the show. “No,” Pablo Galavis responded. “Just ’cause I respect them but, honestly, I don’t think it’s a good example for kids to watch that on TV. It’s hard, it’s hard, it’s a very thin line.”

“Obviously, people have their husband and wife and have kids, and that’s how we are brought up. Now there’s fathers having kids and all that, and it’s hard for me to understand that, too, in the sense of a household having people’s — two parents sleeping in the same bed and the kid going into bed. It’s confusing in a sense, but I respect them because they want to have kids, they want to be parents. It’s a scale; where do you put it on the scale, where’s the thin line to cross or not? You have to respect everybody’s desires, opinions and way of living. But it would be too hard for TV.”

“There’s this thing about gay people — it seems to me, I don’t know if I’m mistaken or not — I have a lot of friends like that, but they’re more pervert in a sense. To me, the show would be too strong, too hard to watch on TV,” Pablo Galavis said.

Pablo Galavis’ comments follow a December controversy that erupted after Duck Dynasty star Phil Robertson made remarks about gay people to GQ magazine and was temporarily suspended from the show. Those remarks ignited a firestorm, drawing pundits, celebrities and politicians to weigh in on the issue of the suspension.

ABC and producers Warner Bros. Television have not yet responded.