Ricky Martin and his gay partner Carlos Gonzalez have called it quits! Martin, 42, and Gonzalez have 5-year-old twin sons Matteo and Valentino, who were born via surrogate in August 2008. 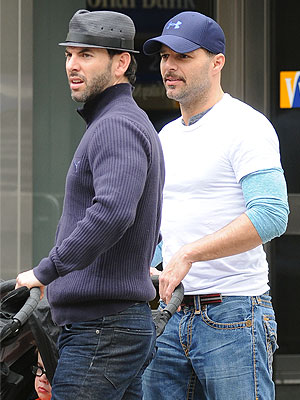 “Ricky and Carlos have mutually agreed to end their relationship but continue to be united by friendship and their shared experiences,” a rep for the singer tells PEOPLE in a statement.

“I have experienced wonderful things with my partner. Complexity, understanding, and, at the same time, freedom, not being afraid that your partner is judging you. That is what I have found with Carlos,” Martin told the magazine.

“We’re going on four years together … When I started the process with my sons, Carlos wasn’t in my life. He said: ‘I’m looking for a boyfriend, not a father with a family.’ And I said to him: ‘You’ve found a grown-up, full-fledged man.’ I created a family structure and if he didn’t understand he’d ask me questions and we were on our way.”

In November, a source hinted that distance may have played a factor in the split. “They’ve spent very little time together and have grown apart,” the source told PEOPLE. “They’ve been on the outs for a while now.”