It is now official, Paul Walker died from “combined effects of traumatic and thermal injuries”… this according to the death certificate obtained by TMZ. 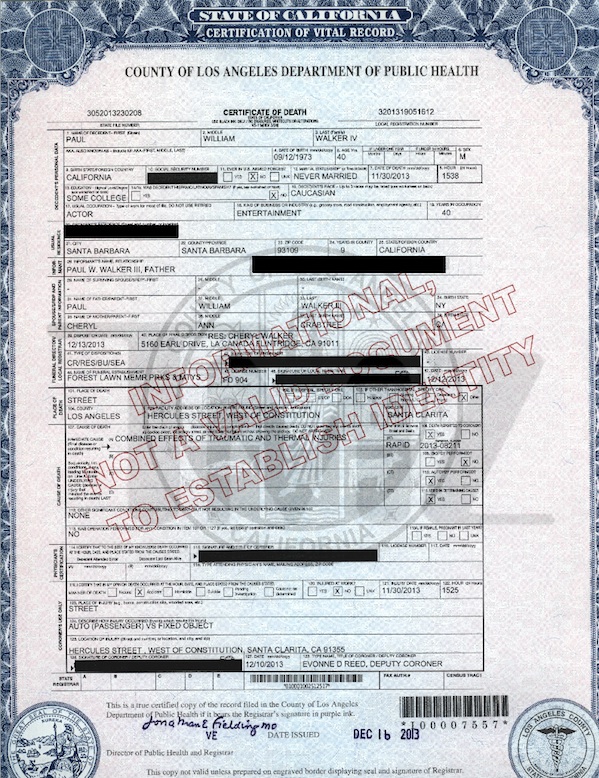 The official cause of death is significant … it means Walker wasn’t killed from the impact alone. He also burned to death after the crash.

The L.A. County Coroner released Paul’s cause of death earlier this month. The man who was driving the 2005 Porsche Carrera GT, Roger Rodas, also died from “multiple traumatic injuries,” but the Coroner did NOT list burns as a factor in his death.

Both death certificates reveal the men died quickly … according to the doc, the time interval between the impact and their deaths was “rapid.”

Both Walker and Rodas were killed in the November 30th crash in Santa Clarita, CA. The cause of the accident is still under investigation, but as we reported, officials suspect plastic bumps in the road may have caused Rodas to lose control.