Selena Gomez had a Ashlee Simpson SNL moment while performing at the KIIS FM Jingle Ball in LA on Dec. 6..  While singing her signature song, “Come And Get It,” Selena starting yelling at someone off stage, and soon after the singer’s microphone went DEAD but her voice kept belting out! Painfully exposing a vocal lip sync track. 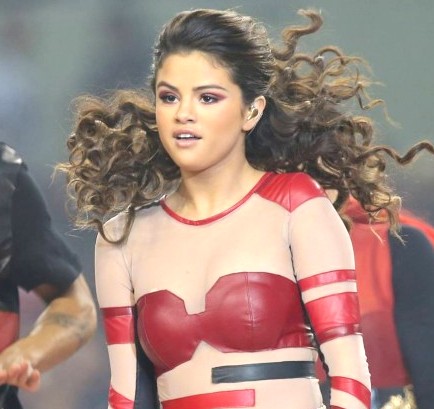 Not only was she caught lip-syncing, but the “Come & Get It” singer also alienated the 20,000 fans in attendance by dropping a very audible F-bomb.

The audio malfunctions started towards the end of Selena’s Jingle Ball set, an eyewitness tells HollywoodLife.com. It became clear that something was up when Selena ripped out her in-ear monitors (which allow performers to hear themselves sing) and tried to go on without them.

She couldn’t, unfortunately. Selena went from “visibly angry to verbally angry,” the eyewitness says, when her microphone went live — something that’s not supposed to happen if you’re lip-syncing — and she was then heard clearly yelling, “What the f**k?”

The painful, awkward incident got worse, and the eyewitness says that it began to resemble Ashlee Simpson‘s embarrassing lip-syncing incident on SNL – it was blatantly obvious that Selena was lip-syncing, and that she couldn’t go on with the show until her backing tracks were fixed. The stage went dark, and Selena briefly walked off.