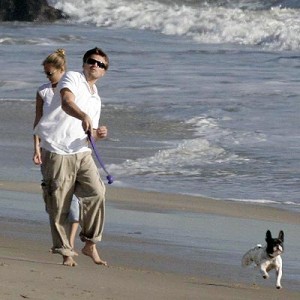 Reports coming back from Martin Scorsese’s “Wolf of Wall Street” are have nothing to do with the length of the movie (three hours).

“All the actors have a lot of skin in this game,” reports one spy.

All of this is based on the true life recollections of not-imprisoned-long enough Wall Street Jordan Belfort, who apparently has his own Hitchcock like scene in “Wolf.” Some other cameos are said to include curmudgeonly writer Fran Lebowitz, who was once the subject of a Scorsese documentary. A few people have pointed out that shoe tycoon Steve Madden is played by Jake Hoffman, Dustin Hoffman’s talented actor son.