Could This Be Victoria’s Secret First Transgender Model?

Victoria’s Secret is known for employing female models, but if Carmen Carrera has it her way, the clothing manufacturer will soon employ transgenders. 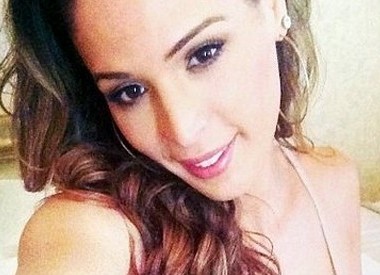 Fans have petitioned for the transgender burlesque performer and model to join the ranks of Heidi Klum, Gisele Bundchen and Miranda Kerr as Victoria’s Secret’s newest Angel. The Change.org petition, which calls Carrera “a force to be reckoned with,” says such a move by Victoria’s Secret would “show the entire community that they embrace trans patrons.” The petition has received more than 36,000 signatures, but Carrera told CNN en Español that she has yet to hear from the lingerie company.

“Trans women are a part of the female population and I think that they deserve a respectful representation,” Carrera said. “It would be pretty amazing for Victoria’s Secret to be that huge corporation that embraces trans women. We shop there as well. I can only hope and dream, but I think it’s time. And, I meet most of the requirements and have credibility as a model. They should do it.”

Do you think Victoria’s Secret should hire Carmen Carrera? Share your thoughts in the comments.