For yet unknown reasons, one of the members of the popular Iranian indie band Yellow Dogs walked into the band’s communal rehearsal space and shot all three of his mates dead before turning the gun on himself.

The dead were all members of the popular Iranian indie band and were living and working in the Brooklyn, NY, after hightailing it out of Iran, a place that frowns of rock. 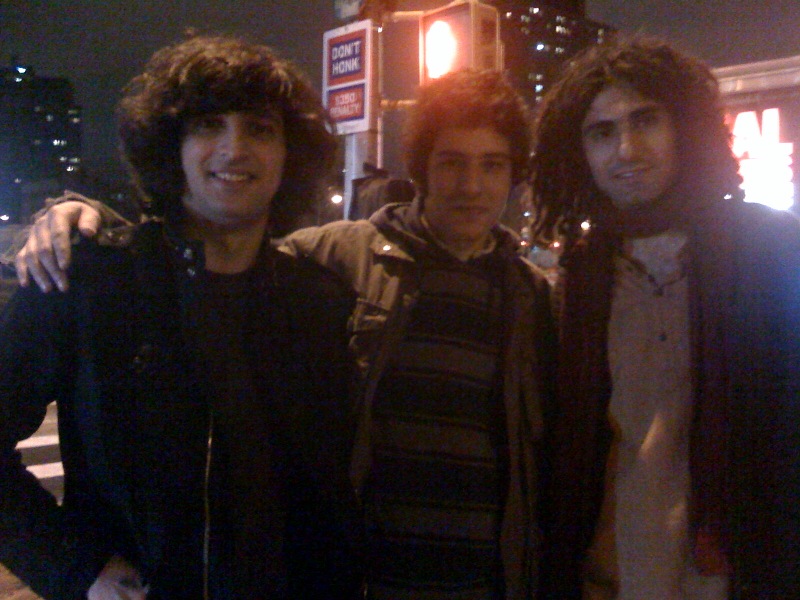 The band was getting famous after recently being featured in a 2009 CNN report about Iran’s burgeoning underground rock scene.

New York (CNN) — Three members of two popular Iranian indie bands who were living and working in the United States were shot and killed in Brooklyn early Monday by a fellow rocker who then turned the gun on himself, police said. The dead included Soroush Farazmand, 27, whose rock band the Yellow Dogs was featured in a 2009 CNN report about Iran’s burgeoning underground rock scene. Police found the guitarist dead from a shot to the chest in a second-floor bedroom of the East Williamsburg building where band members lived and practiced. Farazmand’s brother, Arash, 28, a drummer with the band the Free Keys, was also shot and killed at the same location as was a third Iranian musician, Ali Eskandarian, 35.

Our thought and prayers go out to family and friends..

Dude talking in this CNN video did the shooting..