The White House will be obligated address one of Jimmy Kimmel‘s recent ‘Kids Table’ segments, after a petition protesting that broadcast reached the required 100,000 signatures within 30 days.

The petition, started on October 16, is asking the WH to weigh in on ABC’s late night show which featured Kimmel asking a group children, the “big question of that day,” how to repay the $1.3 trillion the U.S. owes China. 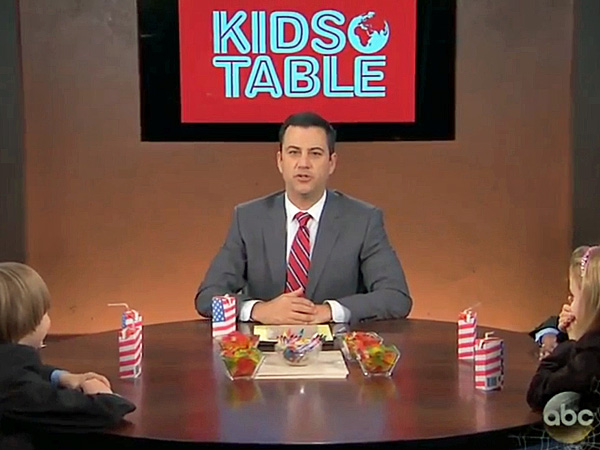 One of the kid suggested America, “Kill everyone in China,” while giggling..

What do you think? Over the top or child’s play?