Another NYC PARK ATTACK! 5 People SLASHED With SCISSORS One Critical

An “emotionally disturbed” man has attacked several people with a pair of scissors in Riverside park near the Hudson River. The injured included a one-year-old child, as well as two men and two women. 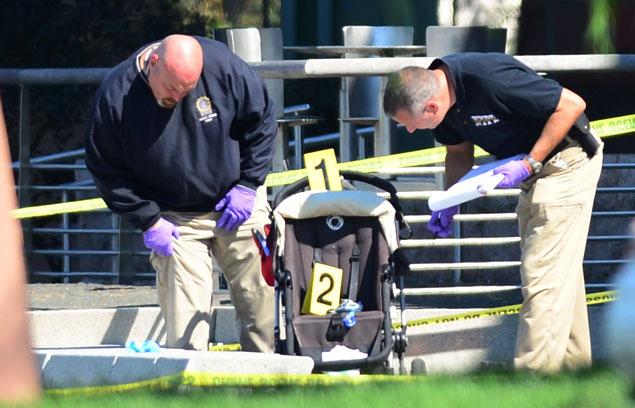 A women is listed in critical condition while the others are expected to fully recover.

One of the victims is James Fayette, former principal dancer with the New York City Ballet who was pushing his 2-year-old son in a stroller when they were attacked.

Police Commissioner Raymond Kelly said that Julius Graham, a 43-year-old man who was living at a shelter in the Bronx, attacked a 36-year-old jogger at about 8 am. He then attacked a man who was walking his dog and another woman running along the bike path.

Julius then attacked a 35-year-old man who was pushing his son in a stroller. The man was stabbed in the chest as he tried to protect his child. The boy was slashed on the arm.

Kelly said: “The man is attempting to protect his son, and his son is slashed in the arm.”

The series of attacks in Riverside Park ended when a bystander intervened to help the father and his little boy. The bystander, who declined to give his name, was able to wrestle Graham to the ground. He then kept the man subdued until police arrived.

The Riverside Park attack is only one in a series of recent park attacks. The last one occurred in Fort Tryon Park only a few days apart.