Jim Carrey just posted a NEW photo of himself and Jeff Daniels portraying the characters from Dumb and Dumber!! Maybe a few more wrinkle but it looks like it looks like Lloyd Christmas and Harry Dunne are back and this time for real after almost two decades!

The guys are attempting to read Jim’s new children’s book called, “How Roland Rolls,” and you can see the honeywagons in the background which basically confirms filming has begun! 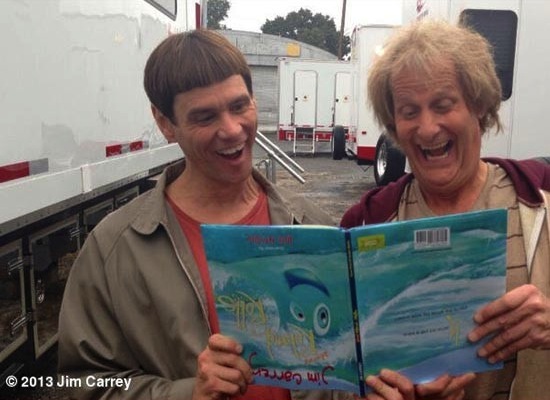