Norm Oosterbroek, the man that was in charge of protecting rapper, JayZ, is dead.. 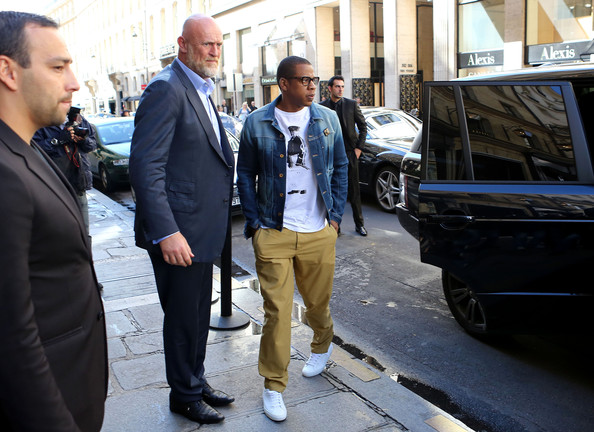 Oosterbroek also worked for the biggest names in the music industry, Beyoncé, Lady Gaga, Rihanna, and many other celebrities all benefited from Oosterbroek’s services.

AKA, the Dutch Giant, the bodyguard to the stars reportedly showed up at a neighbor’s house, completely naked and began fighting..

Police said that about 10:45 p.m. on Monday, Oosterbroek appeared at the back door of a neighbor’s home just down the street. Christiane Jung looked outside and saw Oosterbroek staring at her, according to police.

She screamed for her husband, Markus, who confronted Oosterbroek, police said. Oosterbroek allegedly began beating Jung with one hand while ingesting suspected narcotics with the other. “He was highly violent, uncontrollable and obviously wasn’t stable,” said Nancy Perez, spokeswoman for Miami-Dade police, which is investigating the incident. Toxicology results are pending, but police sources said that Oosterbroek’s elevated body temperature was consistent with someone under the influence of cocaine. A white powdery substance was found on his body, Perez said.

Oosterbroek death is the second involving a Taser in Miami-Dade in the past month.

Our thoughts and prayers go out to the bodyguard’s family and friends at this difficult time.