What a hypocrite! The man who invented loud noises, Rob Zombie, just shut down a bunch of noisy little kids who only want to skate.. 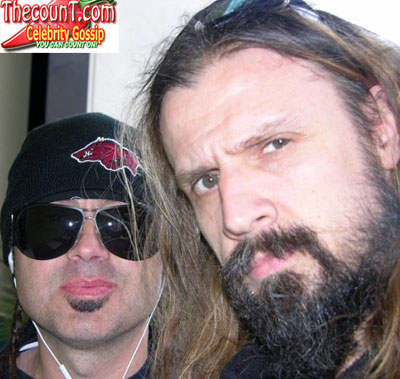 Noise maker, Rob Zombie, is complaining about a ‘noisy’ skatepark near his Connecticut home, so-much-so, the town had to cut the hours the kids can play and even shut the park down on certain days! All over Zombie’s objections to the NOISE!

In a move widely condemned as ‘hypocritical’, Zombie’s wife Sheri told an annual town meeting the pair considered the Hollow Park Skatepark – used mainly by young boys – to be ‘a significant noise pollutant.’
Zombie is a heavy metal performer known for high-decibel songs including ‘Scum of the Earth’ and ‘Living Dead Girl’.

At last month’s Litchfield County town budget meeting, Sheri told officials the ‘obnoxious’ noise had reduced the quality of life for about four families nearby, according to minutes published by Gawker.
‘There are only three of four homes affected by it, but now that summer’s here and the windows are open, I hear it inside my house, which is the further point away from the park and there’s something that has got to be done,’ she said.

However the park’s founders say the kid-friendly hangout has already had its hours cut back because of the Zombies.

I love you bro, but what a bonehead move!

The kids made a cute video letting Zombie he is losing it completely..