Katherine Webb. Talk about dodging a bullet! Face-in-the-crowd winner-at-life, Katherine Webb says she and AJ McCarron, University of Alabama’s QB – are not engaged – And from what I understand, AJ asked but somebody refused to comply.. 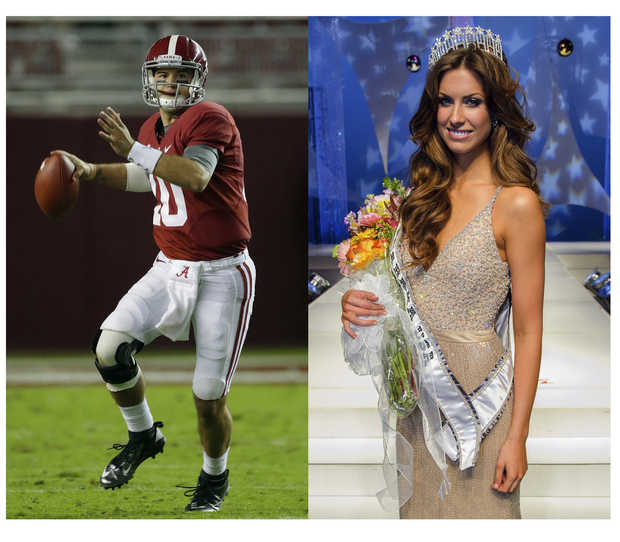 Webb told AP that she is still dating AJ McCarron but denied plans for marriage.

Webb has been photographed wearing a big gem on her ring finger, sparking speculation that the two were on the way to the altar. Webb was also wearing a ring during an appearance Friday at the Regions Tradition golf tournament in Birmingham. 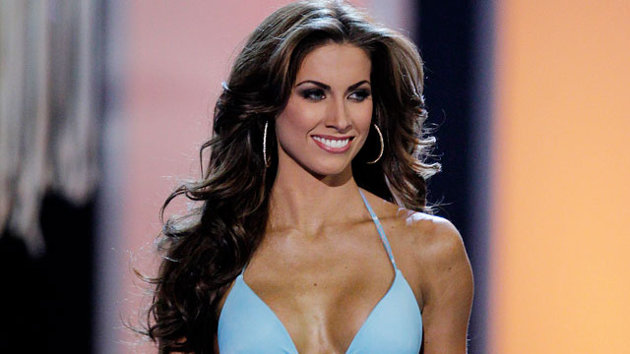 The 24-year-old Webb gained fame during the BCS title game in January as she watched AJ McCarron lead Alabama over Notre Dame. Cameras focused on her, and announcer Brent Musburger commented on her appearance. Webb has subsequently made appearances on TV including the ABC reality show ”Splash.”