Disneyland EVACUATED After Small Bomb EXPLODES In Trash Can

The happiest place on earth just got a very rude awakening as L.A.P.D. evacuated Disneyland’s Toontown after a small explosion went off in a trash can. No one was injured in the blast but as a precaution officers directed families and staff to leave the attraction. 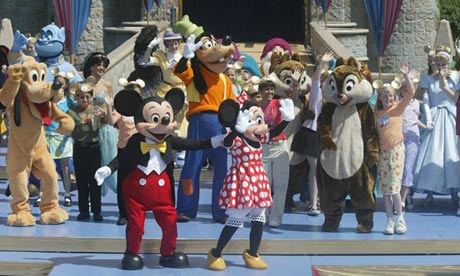 The device was said to be an improvised explosive made of dry ice placed in a plastic bottle.

“As a precaution we have evacuated Toontown,” Sergeant Robert Dunn of the Anaheim police department told reporters. The explosion was in a trashcan, Disneyland said in a statement. “This afternoon a small bang was heard in a trash can at Mickey’s Toontown. In an abundance of caution the area was evacuated. There were no injuries and no reported damage. We are working with local authorities who are now on-site and reviewing.”

“Was sitting in Toontown at Disneyland and something exploded in the trash can. I felt the sound waves of it,” tweeted Shawna Gonzales.

“It came from a trash can next to the trolley stop in the middle of Toontown,” tweeted Allen Wolf. “Everyone stopped and looked around when it happened.”

Toontown has cartoon-style architecture and includes the home of Mickey Mouse. It is popular with young children.