Grammys 2013: “Call me maybe” singer, Carly Rae Jespen is 27 years old? I thought she was like 19! Be that as it may! The singer has been officially admitted into the dark forces, AKA Illuminati, and now will be allowed to access mass success and all of its spoils… 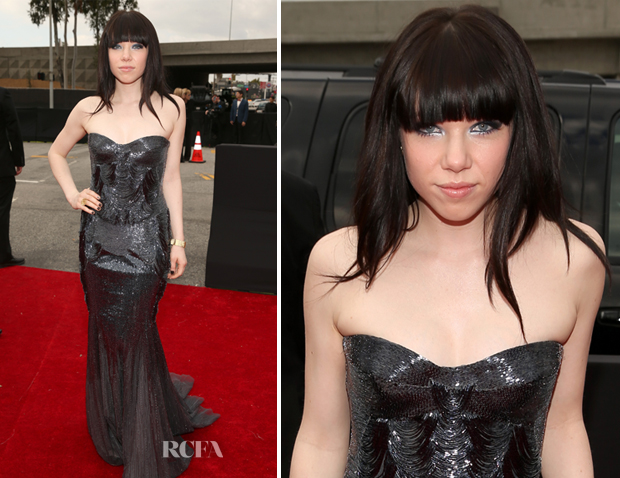 CONFORM: Verb – Comply with rules, standards, or laws. (of a person) Behave according to socially acceptable conventions or standards: “the pressure to conform”.

“I got the email, and I thought, ‘It’s OK, I wasn’t going to go there anyways,'” Jepsen told CNN on the red carpet with a laugh.

The 27-year-old’s hit “Call Me Maybe” is nominated for Song of the Year and Best Pop Solo Performance, an honor that puts the Canadian songstress up against the likes of Kelly Clarkson, Katy Perry, Rihanna, Fun. and Adele.

“Either way it’s a victory in itself to be here tonight,” Jepsen said. “I wrote [‘Call Me Maybe’] with my two best friends, Tavish Crowe and Josh Ramsay, all of us Canadians, the three of us not knowing what we had. It’s been an incredible year, with Justin [Bieber’s] support, of course, and Scooter Braun’s.”