File this under: guys I never expected to see getting arrested! Clean-cut Josh Brolin joining the celebrity mugshot club! Though Brolin was arrested, there’s really no record of the violation, because it seems the actor got some sweet Hollywood justice. 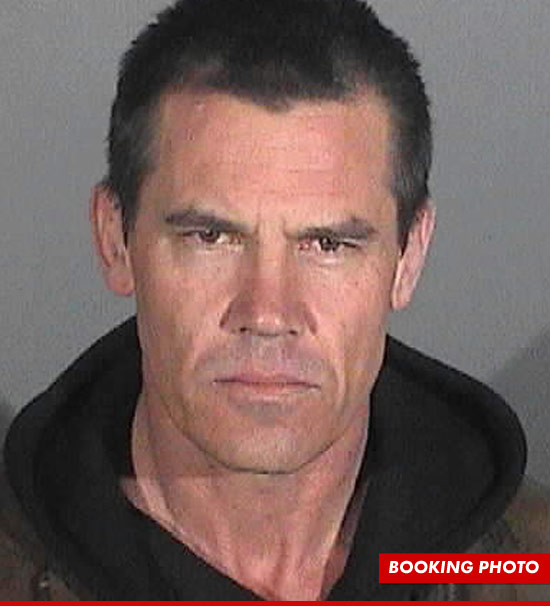 Law enforcement sources tell TMZ … Brolin was arrested just before midnight on January 1 in Santa Monica. Brolin was booked into jail at 3:02 AM and then released at 7:14 AM.

Brolin was not given a citation for the arrest — meaning he will not have to go to court over the incident and it is completely over.

Sources close to Brolin tell TMZ he was hanging out with a bunch of his guy friends that night and ended up having “too much fun.”

On the bright side, this is kind of a cool Bladerunner style mugshot…