It was very nice of relatives to invite friends and family over to their homes for thanksgiving dinner, after-all, it was these folks hardest hit by the ravages of superstorm Sandy. Now try and imagine what it must’ve been like for storm victims to return to their homes to discover they had been looted… 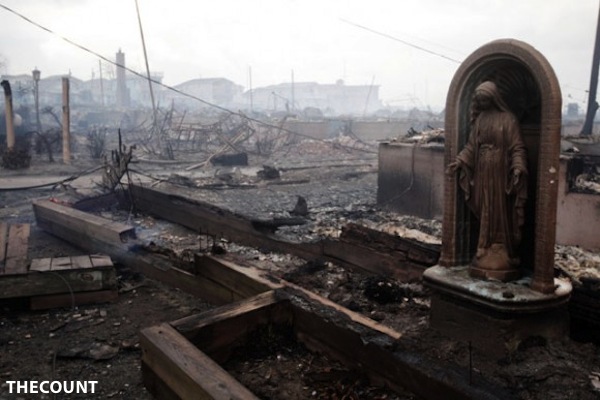 A section of Queens known as Breezy Point, one of the hardest hit areas, fell victim to some unscrupulous looters during this Thanksgiving holiday. The crooks took it upon themselves to clean out several people’s homes of their valuables as the they enjoyed their Thanksgiving meal with family and friends.

The opportunists ended up with a $25,000 coin collection, jewelry, watches and change jars, anything they could get their grubby little hands on.

Robert Bainbridge says looters took his change jar that contained about $400. He says he’s trying to repair his flooded home and the theft “adds insult to injury.”

There have been at least 14 home break-ins in Breezy Point from Nov. 12 to Nov. 18. There were none during the same period last year.