Fliers were discovered being distributed in Eagle Rock, California, offering $40 worth of free medical-grade marijuana in an apparent attempt to draw people to vote.

Reports based on exit-polls showed nearly 10 times more voters turned out with the pot incentive compared to last year. 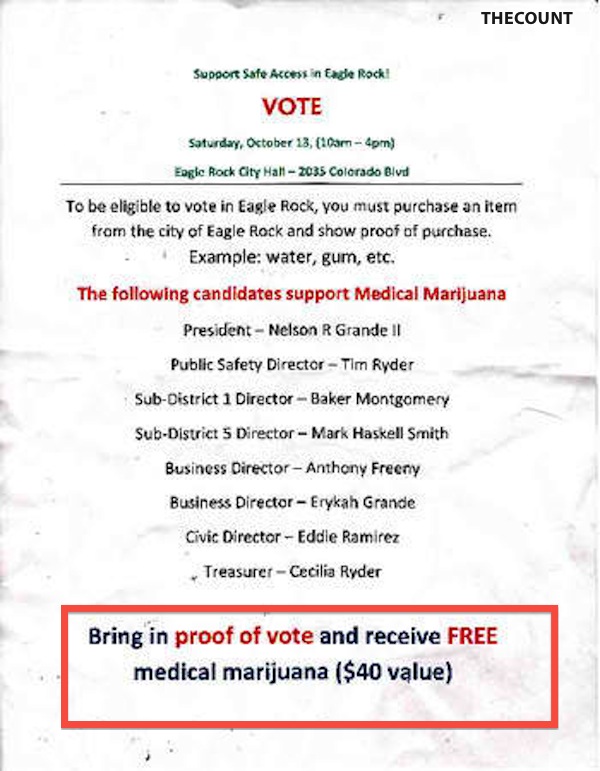 L.A. City politicians claim the record voter turnout had nothing to do with the pot giveaway, saying instead folks are simply trying to take control of their community.

It is unclear who is responsible for the flier.