James Holmes: Women Of The Night Leading Up To Shooting

Colorado coward, James Holmes was apparently banging multiple hookers in the months preceding his cowardly attack on a bunch of kids… 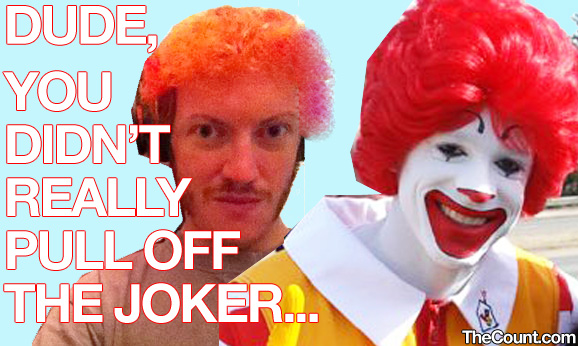 CC (for short) was involved with at least 3 women, all of whom sell their bodies for a living.

After his sex romps, CC would go online and share his experiences on a message board, designed for men to rate Colorado hookers.

TMZ is saying that they spoke to three of the women Holmes supposedly reviewed.

Hooker #1 told us she meets with lots of men and couldn’t confirm she ever did business with James.

Hooker #2 said Holmes “looked very familiar” but couldn’t say for certain if he was a client.

But Hooker #3 was POSITIVE she had met up with Holmes … not once, but twice … as recently as August 2011.

The woman, who goes by the name “Tiffany” — tells TMZ … “I had no issues with him … he was really nice.”

She added, “He felt bad that I wasn’t getting more customers while in Colorado, so he called a few days later and we met up again.”