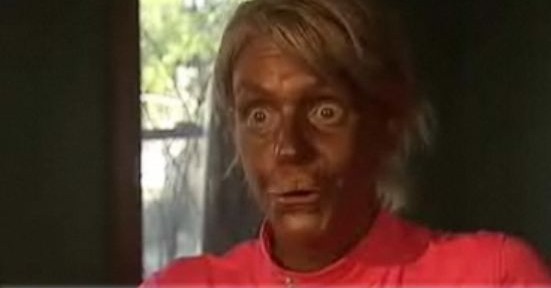 This is the lady who’s been arrested for taking her daughter to the tanning bed salon with her… yep, we’re thinking what you’re thinking… 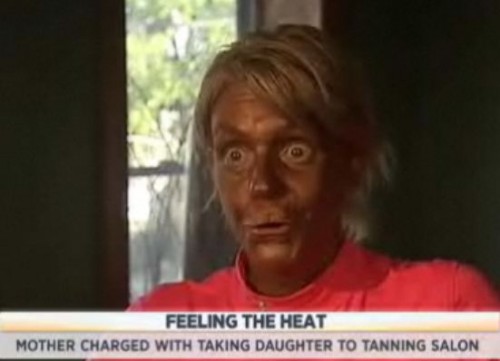 This lady is clearly addicted to tanning, and should be restricted from every salon! Anywho, the Mom took her 5-year-old to the tanning salon, took her into the room with her, and it’s said that her daughter did some tanning too- which burned the kid’s skin. 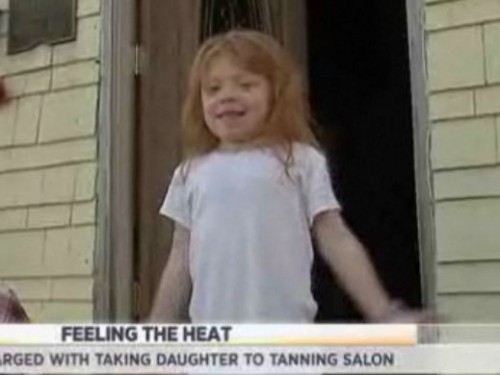 Brown-wood face Patricia Krentcil, 44, says that she did NOT let her daughter tan, and her daughter’s sunburn was caused by being out in the real sun. 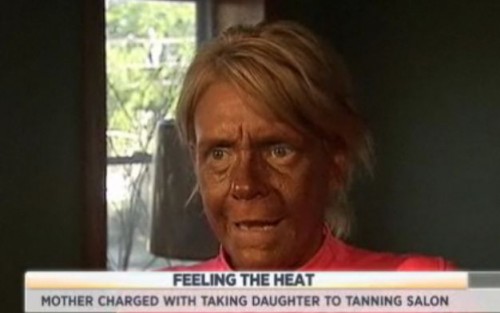 Krentcil, who says the claim is blown way out of proportion, was charged with second-degree child endangerment.