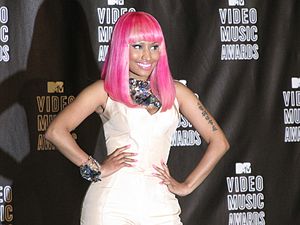 After Nicki Minaj’s disaster performance at the Grammys, her team decided to release another new song right away!

Her new song is called “Starships”, and it’s produced by RedOne, who produced some of Lady Gaga’s best and earliest songs.

As soon as I heard the song, I thought of Lady Gaga. What do you think about Starships? Listen here: