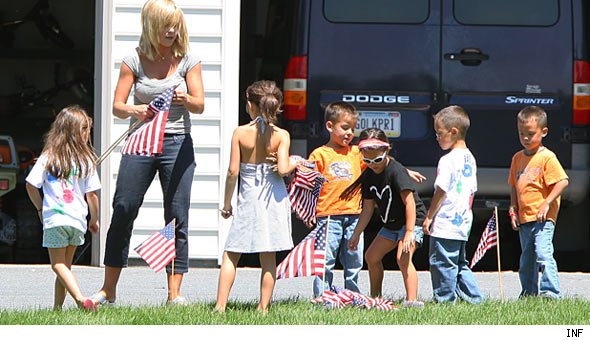 Run for your life! Cover your ears to prevent them from bleeding!!!

Kate Plus 8’s Kate Gosselin said that she wants to put out a Christmas record that she will be singing on! She also wants her 8 kids to sing on the record, which is going to be somewhat of a relief. Phew. At least the sound waves won’t be completely clogged up with a screeching puke fest of Kate’s voice. There will be pleasant children singing holy Christmas melodies.

“Kate is pitching a CD of holiday songs sung by herself and all her children,” a record executive tells me [Popeater]. “She sees herself as a modern day Maria from ‘The Sound of Music,’ except this time the family singers won’t be the Von Trap family, they would be the Gosselins.”