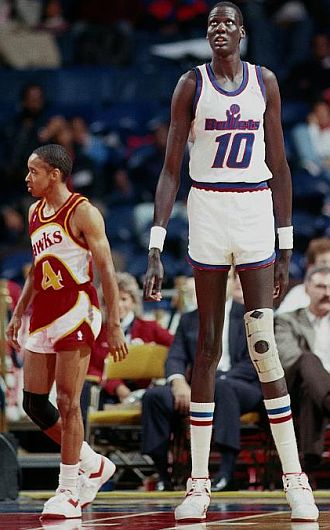 Sad day in sports as we learn of the passing of Manute Bol, one of the most loved as well as one of the tallest basketball players to ever shoot pro hoops. Manute Bol was a joy to watch play the game, all 7-feet-7 inches and 225 pounds of the mountain of a man.

Known as the Dinka Dunker, Bol played with Washington Bullets, Golden State Warriors, Philadelphia 76ers and Miami Heat over his 10 years in the NBA.

Bol was also a prolific giver, donating large portions of his NBA earnings to his home country of Sudan.

University of Virginia Medical Center has not disclosed the cause of death, Manute Bol was 47 years-old.