Boy George Out of Prison and Looking Happy 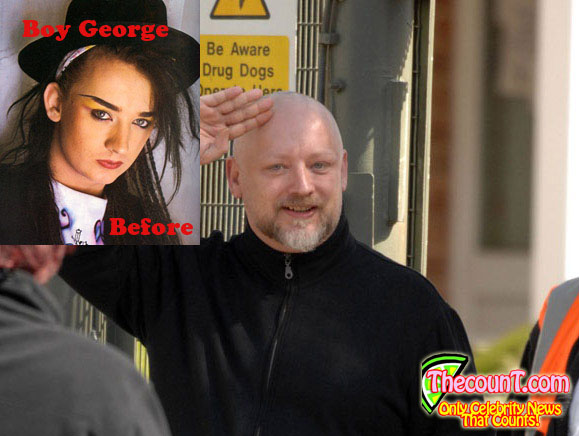 80′s legend and icon Boy George, was released from prison in Great Britain on Monday. Boy was let out of Edmunds Hill Prison in Suffolk for ‘good behavior’ after serving only four months of an original fifteen months sentence for assaulting and tying up a male prostitute.

Since he got out of prison for ‘good behavior’, does that mean that Boy played the ‘betch’ this time rather than the ‘dom’?