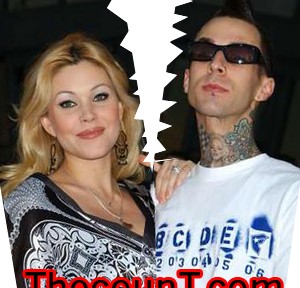 Reps have confirmed, Travis and Wifey have split again after a huge fight.

It is well known that, Shanna Moakler was seeing Gerard Butler while Travis was cooped-up in the hospital, however, Travis may have just learned the news last night.

UsMagazine.com is reporting that a source close to the couple is saying they broke up “after a nasty fight broke out at his house last night and cops were called…[when] Shanna started freaking out and acting irrational.”

No charges were filed.