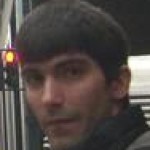 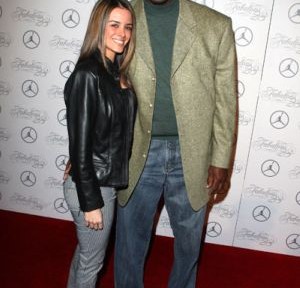 Now I Want To Be Like Mike For All New Reasons

Michael Jordan and his latest and hottest girlfriend, Cuban model Yvette Prieto, have purchased a house in the Highlands at Kendall gated community near Miami, where Prieto has interest in three business ventures, according to Page 2 Live.

A Lot of “sista’s” took to calling Air Jordan “Swirly Bird” when they mistakenly identified Yvette Prieto as “white”. When they found out she was Cuban all was forgiven.

Jordan bought two plots at the Bears Club in 2008 for a total cost of $4.8million, but apparently has no plans to build anytime soon. The house that Jordan and Prieto bought together is small and modest in comparison to Jordan’s 25,000 square foot Illinois mansion, in the 5,500 square foot range and selling for a total of $477,000, of which $196,000 is being financed by Suntrust Mortgage.

Little is known about Prieto other than she was previously the girlfriend of Julio Iglesias Jr.

Who would have thought Alex Rodriguez would have been all alone on Valentines? Well, he could always track down Candice Houlihan…

In New York City, after months of apartment hunting, Alex Rodriguez has settled on an apartment at 15 Central Park West, selling the apartment he has had at The Trump Tower since joining the Yankees in 2004.

Am I the only one to whom Madonna getting together with a younger guy named Jesus seems somewhat more sacrilegious than usual, even for Madonna?

While this will put him within two blocks of Madonna’s residence, Madonna has been parading about New York during fashion week with her latest young hottie, a male model named Jesus, and while some close to the Material Girl assert that Jesus is a publicity stunt, the rumors about A-Rod and Madonna have died down recently.

The current line for Romo to not exit 2009 as the Dallas Cowboy starting quarterback or Jessica Simpson’s boyfriend is   7:1

Serendipity 3 in New York was the host of two high-profile reality-TV stars/athlete couples, with Jessica Simpson and Tony Romo in attendance on Valentines Day where they shared a frozen hot chocolate. The next night Kim Kardashian and Reggie Bush had a low-profile dinner, trying to avoid the attention of cameras that they mistakenly thought were in Serendipity 3 for them.

How long do you think Jerry Jones will be happy with a short scrub quarterback who can’t get his team to the next level? My guess–Tony goes before Terrell Owens.

Simpson has come under media scrutiny recently over reports that she has gained weight, and the relationship with Tony Romo is always under intense fire from some quarters who believe that Romo’s on-field performances are inhibited by distractions with his bombshell girlfriend. Depending on off-season moves by the Dallas Cowboys, Romo could be in a fight to save his career going into Training Camp.

“I hope you have a college education. I’m not paying your way the rest of your life.”

Looking ahead to next football season, Reggie Bush will have to put-up-or-go-home as the New Orleans Saints have released longtime and well-loved running back Deuce McAlister in a salary-cap move as the team faces the prospect of not being able to carry both high-paid running backs.

Hopefully for Bush he will finally produce for the Saints what he was brought in to accomplish when he came out of college as one of the most highly anticipated rookie running backs in recent memory. As many analysts expected, his high-speed, high-flying, flashy style has been hampered by the much more physical and brutal pro game as he has been slowed by injuries in each of his first pro seasons.