Dakota Fanning: No Audition Needed for Twilight Like Vanessa Hudgens

Star Magazine reports that Dakota Fanning is an automatic go for the new Twilightsequel “New Moon.” 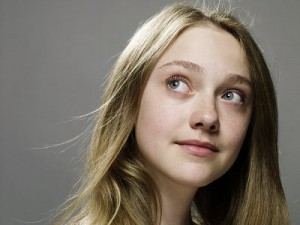 The magazine said, “Dakota’s reps confirmed today that she been offered the role of “Jane” in New Moon.”

“There were no auditions,” a source told E!. “They just offered it to her outright, and now they’re in negotiations. They’ve been going back and forth.”

Why did Vanessa Hudgens have to audition for the role of “Leah Clearwater” in the new Twilight film? How come she didn’t ‘just get’ the role like Dakota?